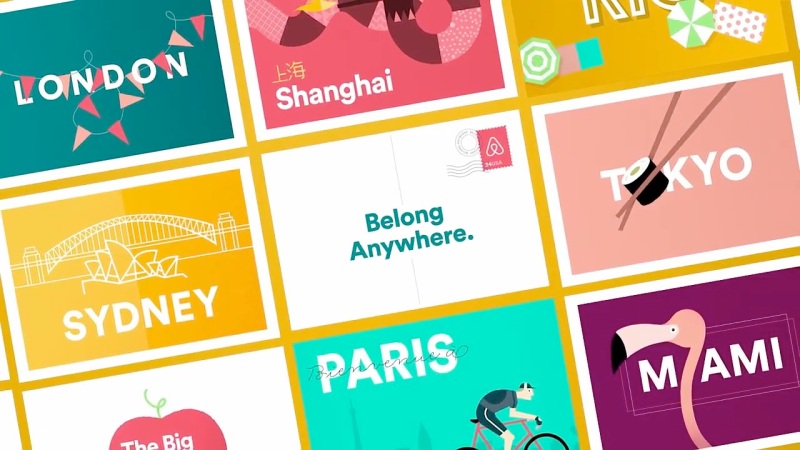 Airbnb had just unveiled their new identity as part of a brand overhaul. Many people would say that it’s time for the brand to think global. Afterall, in 2013, it was reported that more than 10 million guests stayed at an Airbnb rental. On a global scale, counting “beds on offer”, Airbnb is already the fifth-largest “hotelier” in the world, with unparalleled global reach. However, despite the scale of its success, what does the brand stands for?

Technology brands traditionally tend to believe that better products will win the market, therefore putting brand building as something of a luxury or an afterthought. They often also need to push to the market quickly and going global from day one, very little thoughts have been put in crafting something that works across different cultures.

So it is great to see that Airbnb starts to think more holistically. In 2013, their strategy was to build the company into one that delivers “a seamless end-to-end experience when its customers travel”. That’s a pretty transformational statement. Let’s take a look at some of the areas that the new identity will help to achieve this in the long run.

For a brand to succeed, it has to mean something – something that matters to people they want to connect with. If it doesn’t, no matter how sharp the graphic design of the logo, or how unique the choice of color, fonts and all that, it will not work. Airbnb has crafted a rather interesting message here. In the introduction video that accompanies the launch, it eloquently explains that while the world is getting bigger, people feel less connected. Recognizing the desire of people to connect and share, is the reason why the brand stands for a world where people can “belong everywhere”.

For a change, even the logo has a name. It’s called Bélo. The key message is that it has transformed the “transaction” from a pure mechanical “accommodation booking” to a “connector” from which you can find a place where you feel you belong to. Like a friend with a name.

There is indeed a trend that we all crave for human interaction in the world of digital channels. When you buy a book from Amazon, it might add to the memory and experience if you know that someone you know is also reading the same book. Recent research also have found that LinkedIn lacks the emotional attachments that encourage people to stay and spend time on the platform, which sparked the recent brand positioning drive worldwide.

Giving power back to the consumers

Consumers no longer engage with one-sided marketing messages. Social media has further intensified this relationship. Consumers are now more connected as they have an easy access to information. The battleground is now leveled and consumers have all the power to shape your brand and bend it right. It makes sense that this way of thinking starts right from how the brand is conceived, literally.

“The community has outgrown the brand” Brian Chesky, the founder of Airbnb, said passionately about how “friendship” is an element of the brand that has been so underrepresented.

The Airbnb Bélo was designed to be accessible and universal so that it “can be drawn by everyone”. To facilitate that, users of Airbnb can personalize the logo and place in their property or share it with the community. The companion project “Create Airbnb” has put this in practice and let the users to experiment with it. The notion of a “shared brand identity” is a bold one (though I have to stress that it is not the first time that a brand has done it) and it shows the brand’s confidence and really meant what they say. 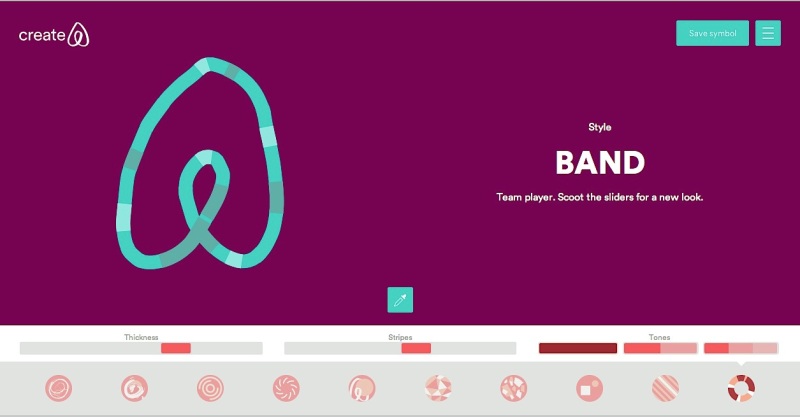 More important, this is not just a trademark, but a platform for future growth. It paves the way for the development of other “sharing-economy services” down the road. At the end, a good identity defines what the business is and where it is going.

Creating a culture and a movement

The idea that the logo is so simple that anyone can draw it, and so basic that it’s not likely to be drawn the same way twice, connotes something larger than the logo itself. It celebrates and embraces diversity and recognizes the fact that everyone is different. Unlike a typical hotel brand that guests may need to conform to what the brand projects, with Airbnb, you have the feeling that you are in charge.

A brand is no longer just about the product, but about creating a culture and a “movement”. 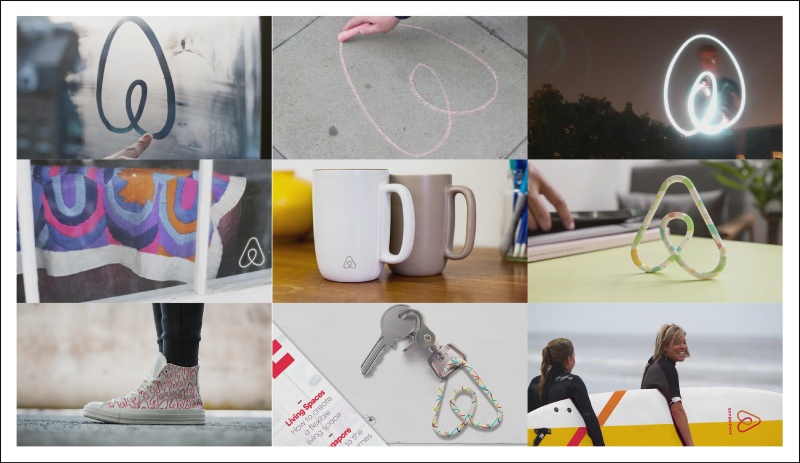 I hope the new brand identity really lives up to the brand’s ambitions, and provides a fertile ground for product extensions. Whether the rather bold statement and fully customizable brand identity will be able to withstand the risks that in certain markets there could be a sudden influx of copycats bearing a similar “identity” is yet to be seen. But I think as a defining statement of what the brand stands for, it is instrumental in crafting a pretty clear and sharp picture.

What I think also interesting is how the identity could be interpreted for the users in different countries, and how the message of “belonging” could be adapted globally, regardless of territories or language barriers.