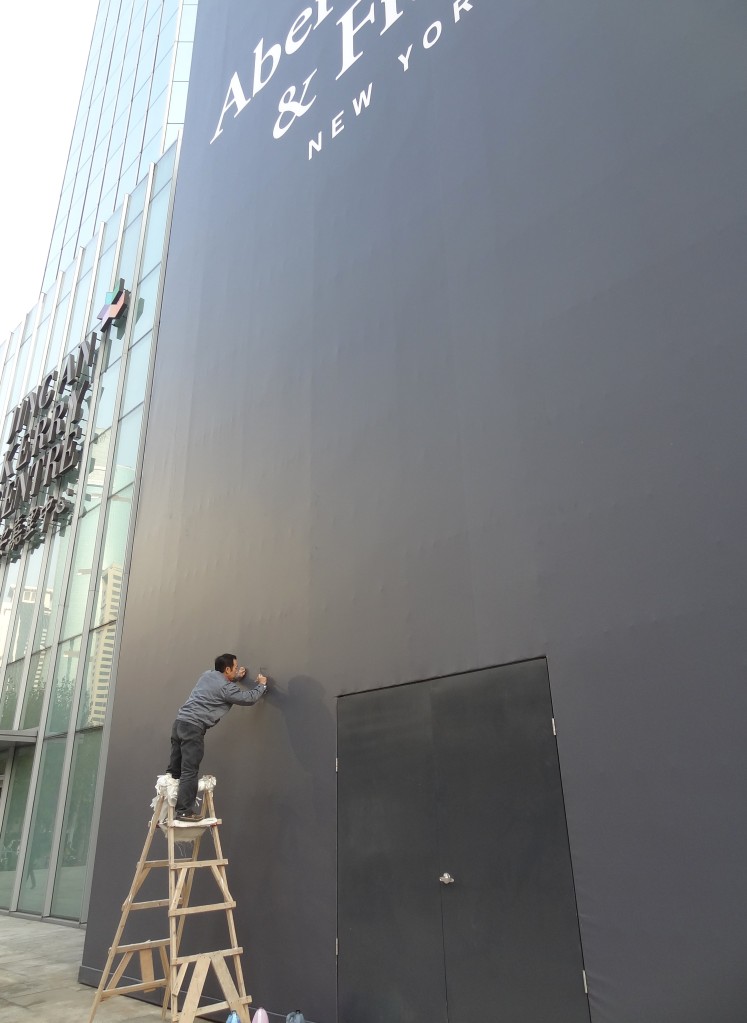 There is a subtle difference between brand pushing messages to consumers, and letting consumers discover what the brand represents.

Recently, a giant pavilion in the shape of a Louis Vuitton suitcase emerged on Moscow’s Red Square. The construction is part of an exhibition called “The Soul of Travel”, marking Louis Vuitton’s 150th anniversary. The blatant display of branding in a conservative culture didn’t go down well.

In fact, consumers in parts of the world where branded goods used to represent status are now turning towards more subtle expressions of taste. China is one of them, and luxury products have already seen heavily branded merchandises slowly losing their charm.

Brand presence has to be more intelligent, subtle, understated, and localised.

Brands are also becoming more like publishers. Creating content around the brand needs more than just one dimension. To be involved in popular culture, particularly the creative side, gives brands the opportunities to contextualize the brand stories, and build key components of their brand promise. It can also give them “currency” and relevance in specific local markets.

There’s a trend that resonates this movement – brands are making the most of retail space. Not just as a place for transaction of sales, but also as a place where they can project a multidimensional character of their brand.

The beauty and make up company Sephora created a pop-up museum concept in New York entitled “Sensorium” in 2011. The category of perfumes has always been solely relaying on glossy print ads and images, but the interactive journey of the setting of the “Sensorium” space introduces consumers to a new way of appreciation of fragrance. All of a sudden, beauty is not just skin deep, but adds a layer of intelligence to it.

In September this year, Starbucks opened two flagship stores in Beijing. They are not ordinary flagships, they are brand-defining establishments. One, located at Beijing’s glitzy and busiest Kerry Centre, is a 4,000 square-foot, two-story “coffee tribute”. The temple-like space features a giant, bold, Starbucks siren icon on the exterior of the building that illuminates at night. The other “eclectic” version, located in Sanlitun, is a 24/7 operation. Featuring ceiling-to-floor glass windows with a special club on the second floor called “Club 1971” that features live music by local talents on weekends. The Chinese Millennials are in dominance. It also reflects the young Chinese growing up in the one-child system with a strong desire to connect with their brothers and sisters outside the family.

In Shanghai, Under Armour opened its first store in China by blending art and science, presenting the Chinese consumers a sensory journey into the brand. The “retail theatre” is located in the new Jing An Kerry Centre, and designed by Marc Thorpe Design in collaboration with HUSH Studio.

China has a complex relationship with sports, although Chinese athletes are winning more medals in the global stage, but still relatively few Chinese has a personal relationship with sports. Global brands such as adidas adapted their strategy by creating two different divisions, on the one had is their flagship sports performance line; and on the other hand, capturing an aspect that translate sports into lifestyle and fashion. The result is, sub brands such as Originals and Y3 had been successful through the halo effects and the connections with its sports performance heritage, effectively crafting out a strategy that is relevant in the local market.

But developing local product strategy is not enough anymore. The idea behind the Under Armour’s “retail theatre” is to open up the minds of the consumers by redefining the notion of training – not as a pursuit of profession in sports but working to achieve physical greatness. It elevates the proposition from a physical one to an aspirational one.

In an age where authenticity of the brand is so critical that it defines what the brand is all about, by presenting consumers a production quality of epic scale it breaks down the boundary between the physical space and the digital, it will certainly triumphant over any content people get just from small screens.

Creating unique brand experiences is one of the most powerful, immersive means of building a brand. Ultimately, it boils down to making it relevant to local consumers while enabling sharable conversations.