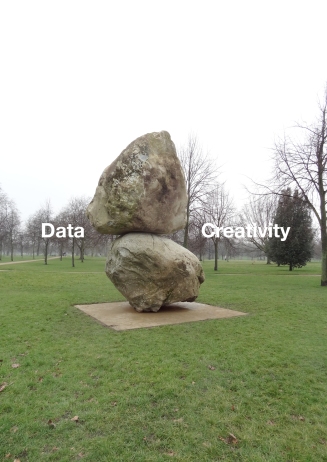 There are certain debates that seem almost impossible to have a conclusion.

…Is advertising an art or a science?

…Is technology an enabler of creativity or in fact leading to predictable solutions?

With digital media gaining credibility through archiving highly measurable results, marketers are convinced that ‘Big Data’ will be the number one item on the CEO’s agenda in 2013.

On the other hand, creative folks continuously argue that data kills creativity. In a recent conference organized by Thinkbox in the UK, top creative directors and planners expressed their concerns that creative ideas are often ‘over analysed and pasteurised’.

In the US, leading creatives from interactive agencies even think that ‘data driven creative equals mediocre creative’, since it only encourage risk avoidance. Data does not equal to insight.

At Spikes Asia 2012, a panel of media professionals advocated that ‘data-led creativity is more than just hype, it’s the future’.

While at the Cannes Festival of Creativity 2012, a session hosted by Adobe was entitled ‘Is data killing creativity?’

The strong themes coming through from the session were that a balance needs to be achieved between the two. Data can identify the questions, but creativity must answer them and data must NEVER replace instinct.

Which side are you on?

The answer? There is no black and white conclusion.

What I believe is that data will only gain increasingly important and be considered as part of the tools to verify future direction and strategy. We will all be given much more access to data in more forms. Click-through rate, engagement rate, video playtime, the lists go on and new buzzwords being invented everyday.

When was the last time you attended a presentation either from creatives or strategists, that not a single data was mentioned as support of any argument?

However, data is not always the most powerful piece of evidence that can effectively strengthen any argument. As simple and straightforward as these little ‘evidence’ promise to be, if not used carefully, can create more problems than they solve. Of course there is also the critical cultural differences, what works in one culture does not necessarily mean the same data will apply in another market.

As creatives, instead of fighting against it, we should be more inclusive. We should interrogate it, understand the context around it, learn how to read data and use it wisely. We should also know how to interpret it in the context of the culture and adapt it to make it relevant for the specific brand and local market. Use data as raw materials to transform into innovative campaign platform, like the recent Topshop campaign I have talked about in previous blog. Elevate big creative ideas to ‘smart creative platform’ drawing on insights from data.

Planners, on the other hand, should make sure we are not relying on what had been a hit and success as evidenced by historical data, for that will only lead to me-too creative ideas. We need foresights not mere hindsight.

In one word, it’s teamwork.

At the Advertising Week Europe conference next week, there will be a presentation by Yahoo on the ‘Power of Personalisation’. Let’s see how we can use data to fuel creativity rather than killing it.