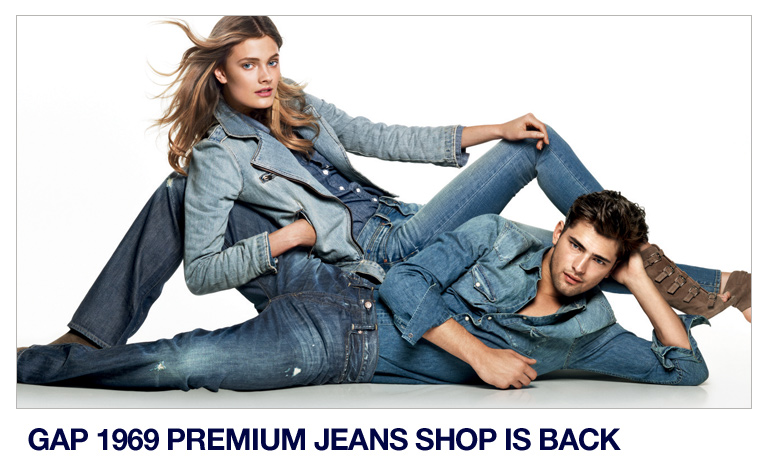 BrandRepublic reported on 26 February that Gap is planning to boost revenues by starting an e-commerce business from a distribution base in the UK, which will serve the UK and other western European countries. Adding to the challenge, Gap is planning to open a store in Milan later this year, the hometown for high end fashion brands. Will Gap be able to find its position in the global fashion capital and rub shoulders with the likes of Armani and Dolce & Gabbana? Will the understated casual style of Gap be appealing to the power dressing Milanese?

Many people think that fashion has become ‘global’. Designer brands run pretty much the identical print ads all over the world. Back in 2004, in the book celebrating the 10th Anniversary of Tom Ford’s reign in Gucci, he wrote ‘We are one culture now. The world drinks Coke, watches the same films, listens to the same music and wants to look the same. When I first came to Gucci, we used to design a different product for the Asian market. Now our customers want the same things – whether in New York, Tokyo or Hong Kong.’

What Mr. Ford didn’t realise is that even though consumers in different countries wear the same clothes, the motivations behind being related to the brand is different. In fact, fashion and beauty is an area that has such intrinsic difference between cultures that global brands often have problems marketing the same product in different country. Earlier this year, Max Factor, Procter & Gamble’s make-up range, has announced that it is due to be discontinued in the US this year, having failed to reflect Americans’ preference for more subtle colours than their European counterparts. The affordable fashion brand H&M has found it so much more difficult to appeal to the consumers in markets such as Dubai. Christopher Bailey’s Burberry Prorsum line had achieved exceptional commercial success even during the global economic downturn, however, the classic ‘Burberry Brit’ line still has strong followers in markets such as Japan.

In a report on FT.com (09.02.09), Sir Stuart Rose, chairman of Marks and Spencer, admitted it had made several “basic shopkeeping” mistakes when launching its troubled first store on the Chinese mainland. He claimed that ‘food supply problems and shortages of the smaller-sized clothes demanded by mainland consumers’ have depressed trade. In fact the problem was far more complex, it was a matter of positioning – M&S’s targeted consumers were over-30s Chinese; however, local consumers wanted designer brands or favoured the cheap but stylish offerings and M&S risked falling between the two.

Gap’s venture into Italy needs to be matched with appropriate adaptation of the merchandising, retail design and ambiance. If Gap decides to launch their e-commerce business across western European countries, I think what they need is to tailor-make the content appropriately for the local audience.  It is more than just turning the site into multi-lingual portal and it takes more than just a change of ‘tone’.